The Apostle Luke - A Nourisher of the Soul 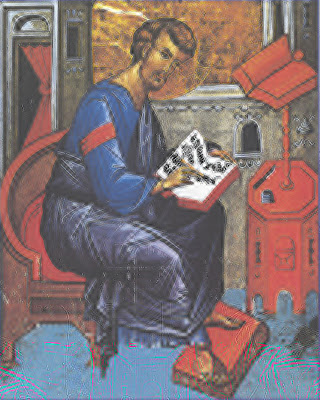 Apostle Luke is one of the saints that might be described as being “larger than life.” Born in Antioch, Luke was a great student of philosophy, medicine and art. Luke’s life changed one day when he came to Jerusalem and encountered Jesus Christ face to face. After hearing the Saviour’s teachings and witnessing His miraculous works, Luke became a devoted disciple of the Lord. According to the Tradition of the Church, Luke, together with Cleopas, saw the Risen Christ on the road to Emmaus immediately after His Resurrection.

Luke accompanied the Apostle Paul on his second missionary journey. He chronicles their travels to Philippi, Rome, Caesarea and Jerusalem in the Book of Acts, It is thought that he authored the Gospel that bears his name in 60 A.D.
After Paul’s death, Luke preached the Gospel in Italy, Dalmatia and Macedonia. He ultimately suffered martyrdom at the age of 84 when he was hanged from an olive tree in the town of Thebes.
In addition to his other accomplishments and achievements, the Apostle Luke is widely accepted as being the first iconographer of the Church. His works include three icons of the Mother of God as well as icons of the Apostles Peter and Paul.
Luke is also referred to as a historian, for his Gospel dates biblical events by reference to secular history. Since his Gospel was directed mainly at Christians with a Gentile background, it greatly emphasizes the challenge of evangelization for the Church.